Most consumer magazines offer snippets about industry leaders and glimpses of the stories behind the brands. But Meridith May approaches content differently. As the Publisher and Editorial Director of The Tasting Panel and its sister publication The SOMM Journal, May understands the nuances of the beverage industry and uses her knowledge of and expertise in the space to capture the heart of the beverage trade and the people who make the industry tick.

“We are read by the industry’s gatekeepers,” May told ForceBrands. “We go into detail about what’s behind the bottle, the who’s who, and who’s drinking what. Our circulation is around 80,ooo for each magazine, but our readership is easily double or triple that, which means that brands in the magazine are widely seen by the industry’s decision-makers.”

And in the age of digital, print is thriving.

“Print is our power,” May said, crediting the unique business models of both publications to their thriving circulations.

We caught up with May to learn more about the community she’s helped build, what she finds most rewarding about her role, how she approaches team building, and more.

ForceBrands: Let’s first chat about your background — what were you doing prior to your current role and what inspired you to helm The Tasting Panel and The SOMM Journal?
Meridith May: I always loved to write, and I had a fantasy when I was young about having my own magazine. I was an English major with a French minor during college, and I somehow got into advertising where I spent my first job copywriting. My real career launched in 1977 when I transitioned into radio. I worked for KIIS-FM in Los Angeles, where I was the Vice President of Marketing and Promotions. I then moved to other stations until about 1989 when I relocated to North Santa Barbara Country before it was even considered wine country. I became the Restaurant Columnist for the Santa Barbara News-Press for several years. I returned to Los Angeles where I got a job at Patterson’s Beverage Journal, which was considered the bible of the wine and spirits industry in California from 1941 until I bought it in 2007. I took on a partner Anthony Dias Blue who had just left Bon Appétit. We turned it into The Tasting Panel and went national. We grew so quickly thanks to all the support from the wine and spirits industry. In 2013, when the old Sommelier Journal went out of business, I bought it and restarted it as the Somm Journal — and that, too, went from a circulation of about 12,000 to almost 80,000.

FB: What excites you most about the work that you’re doing?
MM: I love to put together projects like partnerships with SommCon, the WSWA, and the Culinary Institute of America. I love putting on seminars and educational events where brands can get involved — that’s what excites me the most. And of course, I love opening the box of a new issue when it’s delivered from the printer. It’s like Christmas when I get to hold the finished product in my hands. I always feel a sense of pride for what my editors do. I have such a great team. FB: How has The Tasting Panel’s community evolved over the years?
MM: The reason I think the Tasting Panel took off so quickly was because the timing was right — brands were just emerging from the woodwork and jobs were opening up in the industry. We kind of became the People magazine of the industry (with a little Vanity Fair mixed in there with some of our in-depth exclusives). There are so many angles to cover: people, terroir, education, and development of the wine and spirits industry. Certification programs are on the rise, which has played a big part in the evolution of the industry. Where the chef used to be the star, the wine and spirits buyers are the stars now.

We work with everybody and have this broad growing readership for print — and in a digital age, that’s pretty exciting. People still want this magazine in their hands and we still have so much support on the advertising side. The thing people don’t realize when they see our business model is that we’re unique. We are free to the trade; we do not charge for subscriptions for those qualified wine and spirits buyers, distributors, and importers. We’re sending out more than 80,000 magazines for free, 14 times a year. Our model is working because people are reading it and the advertisers know it’s in the right hands.

FB: Let’s chat team building. How would you describe your team’s culture?
MM: No. 1 — most important — we’re a dog-friendly office. I don’t have kids so if I wasn’t doing this, I would want to have a dog rescue group. I just love dogs. I have a Border Collie who’s with me almost every day at the office. The Tasting Panel’s Managing Editor has a French bulldog, and my finance director has a Corgi mix — there are at least 3-4 dogs in the office every day. We have a nice cozy office in the Los Angeles suburbs and everybody has their own space. The atmosphere is relaxed. We work 9 to 5 — we don’t burn the midnight oil.  We get off early on Fridays, but everybody has to get their work done because we have deadlines 14 times a year. My Managing Editor for The SOMM Journal works out of this office and my Managing Editor for The Tasting Panel works out of Denver. Our Designer is in New York, and we have editors across San Francisco, New York, and Texas. We have about 36 freelancers around the world, but the headquarters are here in Los Angeles — this is where it all happens. As far as culture goes, everyone gets along great and we all love to eat and drink.

FB: What are some of the key qualities you look for in new hires?
MM: I like outgoing, smart people who can think on their feet. Creativity is very important on the editorial side. We just hired a new Web Editor who is a fiction writer by trade and his voice is so unique for the stories he’s just starting to create for the magazine and for the web. We look for people who can get along with others and who are positive thinkers. Having a great attitude is probably the most important quality — if you have a good head on your shoulders, you can probably learn just about everything.

FB: If you could go back and do anything differently, what would that be?
MM: There are so many great lessons to be learned in hiring. I would have been a lot more careful with some of the people I hired. In some instances, I was too trusting in some people and what they said they were capable of doing. I think we have the greatest team now, but I definitely had some learning experiences along the way to get the team to where it is today.

FB: What’s ahead for The Tasting Panel and The SOMM Journal?
MM: We’ve formed some really fun editorial alliances with some of the big supermarket chains. We’re focusing on retailers and paying even more attention to the successful on- and off-premise buyers — we want to put them in the spotlight as we’re the voice of the trade. We’re working with the Culinary Institute of America as their exclusive partner in announcing their new master’s program in wine studies — it’s the only accredited Master of Professional Wine Studies program that’s actually a university degree. That will be an exciting announcement for us to make and to continue to promote throughout the year. I’m also pleased to announce the launch of our new digital websites for both The Tasting Panel and The SOMM Journal. And while digital is an important platform to showcase our content, print is most definitely our power.

Subscribe to The Tasting Panel and The SOMM Journal here. 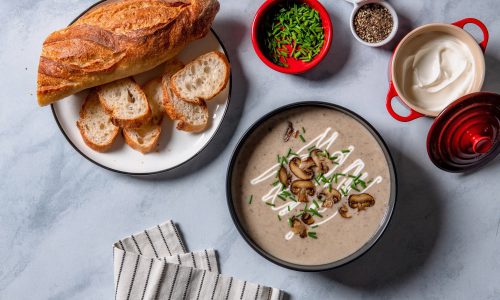 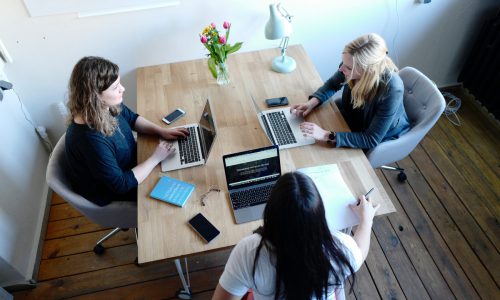 Future Employee Benefits Inside the Food and Non-Alc Beverage Industries 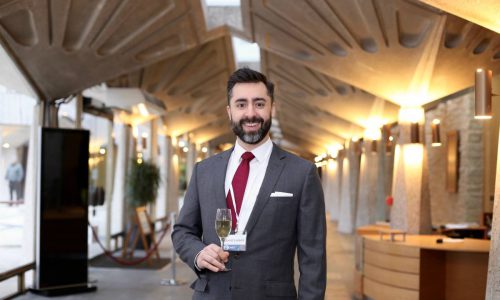