Few things capture the nostalgia of childhood quite like a bowl of cereal. And that’s exactly what “cereal” entrepreneurs Gabi Lewis and Greg Sewit are hoping to create with the launch of Magic Spoon, healthy cereal that tastes too good to be true.

We caught up with them to learn more about Magic Spoon and how they’ve brought the “childlike cereal for adults” to life.

ForceBrands: What inspired you to launch Magic Spoon?
Gabi Lewis and Greg Sewitz: We both grew up loving cereal. But like a lot of people, when we started paying attention to our health, we stopped eating it. About a year ago we started asking ourselves why nobody had created a healthy cereal that tastes like childhood classics, and when we couldn’t find a convincing answer, we decided to do it ourselves.

It’s a category that a lot of people have sort of people in the industry have sort of written off — they see modern consumers eschewing classic breakfast cereal in favor of healthier options, and overall cereal sales dwindling, and assume that health-conscious consumers just don’t want it. But what a lot of people miss is that the category is declining today only because everything in it is full of carbs and sugar and junk. Most people, including us, still love cereal, and so we set out to fix the problems with it, and that’s how Magic Spoon was born.

FB: What were the main factors and trends you had to consider when launching the brand? What was the main purpose behind creating it?
GL and GS: The idea was to create a “childlike cereal for adults” — meaning we wanted the brand to speak to the inner kid in all of us, create this overwhelming feeling of nostalgia, yet still clearly be an evolution in terms of product and ingredients.

Modern consumers — including ourselves — want more protein, less carbs, and less sugar. And so we created a cereal with 12g protein and 3g net carbs per serving, hitting all the relevant health trends along the way: keto-friendly, grain-free, gluten-free, and so on.

But in general, we wanted to create the perfect breakfast for anyone who loves cereal but wants a healthier option. That could be a millennial who grew up on cereal but stopped eating it as they started paying more attention to their diet. Or it could be a mom who’s looking for a healthy breakfast to feed her kids that will actually excite them — and that she can enjoy, too. Or it could be someone who’s on a more restrictive diet like keto, and needs to limit their carb intake, but is fed up with their usual repetitive breakfast of eggs every day.

FB: How is this business/brand journey different from EXO Cricket Protein Bars? What are some of the things you learned during your first successful venture that you are now applying to Magic Spoon?
GL and GS: In many ways, it’s going to be the opposite journey. There, we were introducing something really novel, starting with the most extreme early adopters, and pushing hard towards mainstream acceptance. Here, we’re taking one of the most beloved and largest categories in the grocery store, and reinventing it for modern consumers.

There’s definitely lots of overlap in terms of the tactics we’re employing though — influencer marketing, for example, was huge for us at Exo and is going to be key this time around too.

FB: What sets your product apart from the rest of the “adult cereals”?
GL and GS: Most “adult cereals” are pretty dull. We wanted to bring back the fun, transport people back to Saturday morning cartoons for example, so we created these really playful, colorful, character-based cereal boxes.

And from a nutritional perspective, most so-called healthy cereals still aren’t very good for you. They might be 20 percent lower sugar, or use some organic ingredients rather than conventional ingredients, but at the end of the day, they’re still bowls of carbs and sugar. We’ve created something that’s almost in a different category: 10x more protein, and 7-8x less net carbs.

FB: What are some challenges of rebranding cereal as a grown-up, guilt-free breakfast choice?
GL and GS: The largest challenge is probably going to be price. There’s a pretty extreme price anchoring effect where consumers just expect a box of cereal to be really cheap, regardless of ingredients.

So there’s some education we need to do here in terms of showing people that even though this looks and tastes like “cereal”, it’s actually more similar to a protein bar or keto shake in terms of ingredients and nutrition. And so even though a box might seem expensive compared to a box of “regular” cereal, when you look at the per serving cost ($1.39) and compare it to an energy bar, greek yogurt, shake, whatever — it’s actually very reasonable.

FB: You recently launched last week. What’s in store for Magic Spoon’s growth over the next year?
GL and GS: It’s been an overwhelming week so far and we’ve been blown away by the appetite for a healthy cereal that tastes like unhealthy cereal. Right now we’re focused on building our direct-to-consumer business, focusing on the subscription component, and we’ll be releasing some new flavors pretty quickly. Longer term, we’ll be moving into stores.

FB: What are some of the things that most excite you about Magic Spoon’s journey? Any upcoming partnerships or important launches you would like to share with ForceBrands?
GL and GS: We’re really enjoying seeing consumers’ reactions right now. There are so many people who haven’t eaten cereal in maybe five years, who are writing into us saying how happy they are that we’ve created this. So for now, we’re focused on making our consumers as happy as we can, constantly improving the product, developing new flavors, and creating a strong foundation to build the cereal company for modern consumers.

FB: What advice would you give other entrepreneurs who are launching food brands of their own?
GL and GS: Just get your product out there. It’s so hard to know if you’re onto something before putting it in front of consumers, and so don’t spend 24 months perfecting every part of your messaging and recipe when it’s actually 95 percent ready in 6 months – just put it out there into the world as soon as you can and then if it resonates, constantly improve it.

Interested in learning more about this entrepreneurial cereal duo? Discover how Lewis and Sewitz motivate for the week ahead and Start It Sunday here. 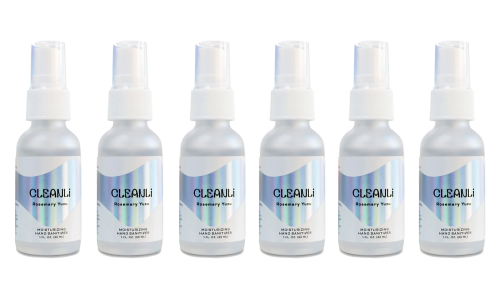 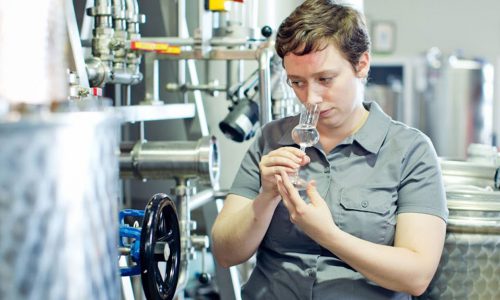 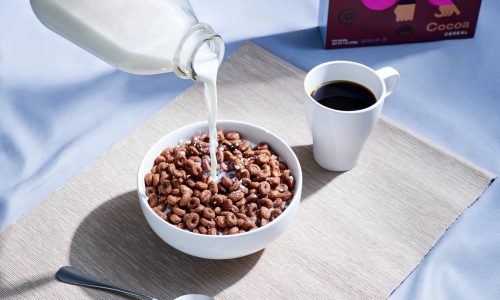 Start It Sunday: How the Founders of Magic Spoon Break From Routine