5 Female Beauty Founders Who Will Inspire Your Own Career

As part of our ongoing Female Forces series to celebrate Women’s History Month (March), we’re highlighting some of the leading women in beauty.

The American beauty industry is showing no signs of slowing down as visionary brands like Glossier and Drunk Elephant are carving out unique niches in the space. The industry is powered by incredible brands like these and is a gold mine for self-made women, according to Forbes.

The business publication estimates that at least 40 prominent beauty startups today are founded by women, which makes the $445 billion (sales) beauty industry one of the most prominent places for women to find success. In other words, it’s a great time to be a beauty entrepreneur.

Interested in launching a career in the beauty industry? We’ve combed through our BeautyForce job board and rounded up some jobs at these unique brands founded by some of the industry’s leading women. Read on to get to know these talented beauty founders. 1. Glossier
Founder Emily Weiss knew it would take work — and lots of it — to succeed in the beauty industry. Ambitious and driven, Weiss cut her teeth working in assistant roles at Condé Nast before she launched her beauty blog in 2010. Into The Gloss, which offers an insider view of the beauty and fashion world, gained a notable following. She used the blog’s popularity to launch Glossier in 2014. Glossier has been considered the millennials’ Estée Lauder. 2. BeautyBlender
Professional makeup artist Rea Ann Silva launched BeautyBlender in 2002 with the introduction of a pink egg-shaped sponge that has since changed the way people apply makeup. She conceived this idea on the set of a TV series that was shot in high definition. She needed a quick solution to smooth melting foundation on the cast members’ faces and resourcefully snipped corners off of damp sponges as a solution. The idea caught on and a multimillion-dollar brand was soon born — but not after a lot of follow up and hustle on Silva’s part. Still working full-time as a makeup artist, she researched and pursued manufacturers and distributors to get her product sold in beauty stores. It wasn’t until Sephora began carrying BeautyBlender that she realized she was now in the beauty industry big leagues. 3. Bliss
In 1993, 25-year-old Marcia Kilgore launched Bliss Spa from a small New York City studio. The brand instantly disrupted the market and attracted the attention of supermodels and movie stars alike. The Canadian-born serial entrepreneur Kilgore didn’t set out with the intentions of launching a global iconic skin wellness brand. She moved to New York City at the age of 18 and spent 14 hours a day sweating in the city’s pollution. She credits a two-month crash course in skincare as the launchpad for opening her own practice that offered facials. 4. Paula’s Choice
Paula Begoun is known as the industry watchdog so it’s no surprise that she founded a brand that seeks to find truth and transparency in a world of misleading beauty formulas. A longtime author, Begoun is a former makeup artist who was inspired to learn the tools of the trade through her own personal experience with acne that began when she was 11. 5. Kopari Beauty
Co-founders Kiana Cabell and Gigi Farah Goldman are making waves with their beachy beauty products that all start with 100 percent organic coconut oil that’s specifically formulated for beauty use. Hawaiian-born Cabell, who also serves as the brand’s Creative Director, became a certified organic chef after studying integrative health and nutrition at Natural Gourmet Institute in New York City. As a daughter of entrepreneur and surf legend Joey Cabell, she’s a natural-born go-getter and businesswoman. Goldman, who’s married to co-founder and CEO Bryce Goldman, also serves as the brand’s Director of Sales.

Interested in working in the beauty industry? Explore our BeautyForce job board. 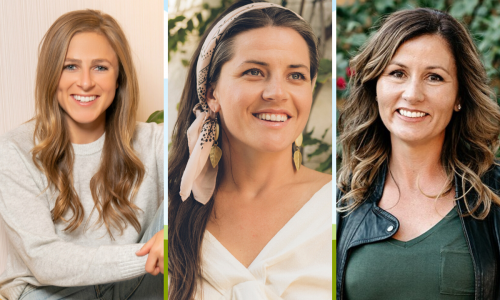 6 Female-Led Beauty and Personal Care Brands That Give Back 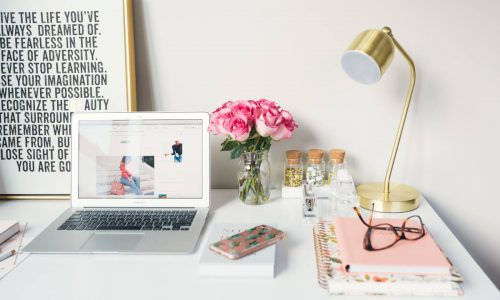