Pride Month is a celebratory time of year. It’s an opportunity to live your life unapologetically and to support those who do the same. Even if you don’t fall under the LGBTQ+ umbrella, that doesn’t mean you can’t express your support as an ally.

This year, even with vaccinations on the rise, things still feel a bit different. The COVID-19 pandemic has left many parades, festivals, and rainbow gatherings of sorts to be limited or altered somehow, leaving some to be more creative with their planning. You may see smaller marches and glitter-filled festivals and even virtual celebrations over Zoom. And if you’re going to have a drink in your hand to celebrate, go for one that gives back.

Since 1969, select companies have released limited edition products to celebrate Pride and show their support for equal rights. We’ve compiled a list of some of these beverage companies that celebrate and support Pride. 1. Absolut
Absolut prides itself on being a brand that shows its devotion not just to causes during the month of June but to each day of every single month. Its multi-year partnership with GLAAD in support of the work it does to advocate for the LGBTQ+ community and several events and activations across several points in the country are just some of the ways the brand is helping to encourage a more inclusive, colorful world. Its customized rainbow bottle, which includes a ‘Taking Pride in Diversity’ statement on the back, is now permanent in the Absolut collection to remind everyone that Pride is more than just a month-long celebration — it’s a year-round affair.

2. BABE Wine
BABE wants you to have an unforgettable summer with a steady stream of rosé flowing. As part of their Pride efforts to give back to the LGBTQ+ community, BABE will be donating $1 from every case of its limited-edition tie-dye rosé cans to the ACLU. In addition, they’ve recruited RuPaul’s Drag Race star Rosé to be the lead spokesperson for their ‘Summer We Deserve’ wine campaign.

3. Athletic Brewing Company
Not much of a drinker? That’s okay. Professional climber Alex Johnson has collaborated with Athletic Brewing Company (known for their nonalcoholic beers) on a special brew just for Pride Month. Named Rainbow Wall, in honor of a favorite climb of Johnson’s and the colors of the LGBTQ+ community, net profits from this specially crafted blood orange IPA will go directly to Athlete Ally, a national non-profit “whose mission is to foster equal access, opportunity, and experience in sports for everyone, regardless of their sexual orientation, gender identity, or gender expression.” 4. Barefoot
This year, Barefoot, an ongoing supporter of the LGBTQ+ community, is celebrating Pride with a sparkly makeover of its packaging featuring a rainbow Pride flag and transgender Pride flag bottle design. Proceeds from purchases of these unique products will go toward the efforts of two incredible organizations. The first is Free Mom Hugs, a nonprofit that consists of “parents and allies who love the LGBTQ+ community and work toward full affirmation and equality.” Barefoot’s second partnership is alongside the National Center for Transgender Equality, a separate nonprofit with the goal of “advancing the equality of transgender people in the U.S.”

5. Vizzy Hard Seltzer
Some of the biggest celebrations in life have deep cisgender undertones. Whether it’s the traditional ways of recognizing marriage or the announcement of a baby, these moments can sometimes feel more exclusive than inclusive. In honor of Pride Month, Vizzy Hard Seltzer is celebrating the transgender and nonbinary communities with the unveiling of the Vizzy Live Proudly Registry, an online gift registry where people can create a wish list of items for their allies and friends to purchase on their behalf.

To build the registry, Vizzy partnered with four trans- and queer-owned businesses to develop a curated set of items, including chest binders for trans people by trans people from gc2b, Pride streetwear from FLAVNT, cosmetics for all gender expressions from We Are Fluide, and gender-neutral clothing from A Tribe Called Queer. Vizzy will also randomly select 50 participants who follow the link to enter the sweepstakes and award them $500 toward the purchase of items on their registry.

6. EFFEN Vodka
For its year-long celebration of Pride and its commitment to building a more inclusive tomorrow, EFFEN Vodka, a premium, and smooth vodka brand, launched EFFEN Vodka 2021 Pride 365 Bottle in collaboration with the nonprofit organization Allies in Arts. EFFEN Vodka commissioned Chicago-based LGBTQQIA2S artist and street muralist Sam Kirk to design the bottle, which celebrates the Black and LGBTQQIA2S communities and highlights that each day is an opportunity to live loud, vibrant, and proud. Since 2018, EFFEN Vodka has created limited-edition Pride bottles to celebrate self-expression, support diversity, and champion the LGBTQQIA2S community, including supporting organizations like Outfest. This year, EFFEN Vodka is partnering with Allies in Arts to bolster its mission of empowering creative voices and providing fair-paid work for artists who identify as womxn, BIPOC, and LGBTQQIA2S — all of whom are underrepresented in creative industries. Stephanie Trovato fills her days with content creation and being a toddler mom while living in New York. She writes about the latest news and lifestyle stories for various publications and gives marketing strategy advice for small business owners. Follow her on Instagram @steph_trov or BigHContent.com for more fun content. 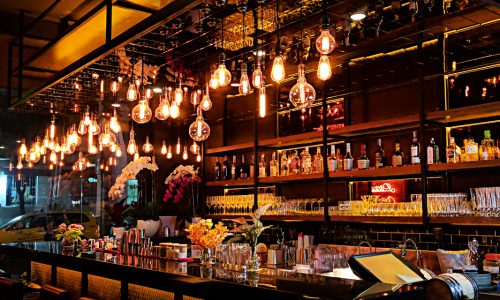 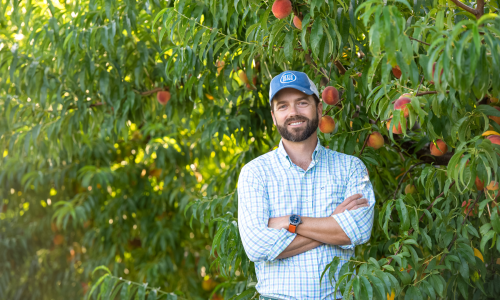