Few consumer sectors are as dynamic and disruptive as the food industry. As lifestyle habits and consumer behaviors change, so too do innovations to products and technologies. From the explosion of the alternative plant-based meats category to the growth of eco-friendly e-commerce markets like Public Goods, the past decade has witnessed a remarkable change in what we consume and how we consume it.

Food tech continues to gain momentum. Read on as we explore five New York City-based food tech companies that are shifting the landscape of the industry.

Companies at the forefront of food tech

From big disruptors like SIMULATE to the uniquely sustainable Misfits Market, there’s a lot to be excited about when it comes to the future of food tech.

Although somewhat of a newcomer on the food tech scene, founder Ben Pasternak is no rookie to creating unique technology experiences and solutions. In 2018, the then 19-year-old dropped out of high school and moved to New York City where his entrepreneurial journey began with a string of successful tech exits that include video chat company Monkey and social networking app Flogg. These accomplishments caught the attention of TIME magazine editors who named him one of the most influential teens of 2016. Pasternak’s ventures into food tech began with NUGGS, which aims to reinvent the antiquated practices of animal factory farming. NUGGS was born as the first product under SIMULATE, which is a chicken nugget simulation. The company plans to actively develop and market other meat, poultry, and fish simulations in the months and years to come.

Dehydration is a problem, and one that co-founders and Oxford scientists John and Jai were looking to solve with hydrant, an electrolyte drink mix created to hydrate you, fast — anytime, anywhere. Developed in 2017, hydrant boasts the most effective electrolyte hydration products in today’s $28 billion global hydration market. Hydrant’s proprietary formula, Rapid Hydration Mix, fights the widespread under-hydration problem that 75 percent of Americans face.

Founded on the belief that everyone deserves access to affordable, fresh, and healthy food, Misfits Market aims to change the dialogue around food waste. In the U.S., the amount of food consumed is equal to the amount of food wasted, which means that nearly half of what our nation’s farmers produce is never eaten. Misfits Markets brings delicious, fresh, and affordable ‘rescued produce’ to people everywhere, with the intention of reducing food waste at a scale that creates a positive and lasting impact. Headquartered in New York, the subscription box model delivers produce from its rapidly expanding Greater Philadelphia-based operation and distributes it throughout the Northeast, South, and Midwest in three business days or less.

In keeping with the theme of reducing food waste, Too Good to Go prides itself on being the world’s No. 1 food waste app, connecting users with unsold food from shops and restaurants. Launched in 2016, the app works by connecting businesses with unsold food to consumers willing to buy it at a discounted rate. Too Good to Go has over 27 million users and has saved more than 49 million meals.

Greentech is a thing, and a very big thing in sprawling urban cities like New York where green spaces are hard to come by. New York City-based produce supplier Gotham Greens is a global pioneer in the field of urban agriculture and a leading producer of year-round, hyper-local produce and fresh food products. The company has built and operates four greenhouse facilities spanning over 170,000 sq. ft. in New York City and Chicago, and is expanding. Gotham Greens was founded in 2009 in Brooklyn, N.Y.

Ready to take your career to the next level in food tech? Check out our FoodForce division. 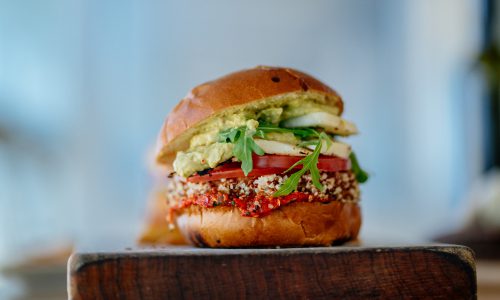 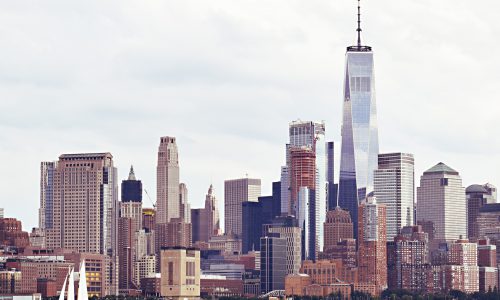