Minneapolis-based ImpactSKU has selected the 10 consumer packaged goods (CPG) startups that will participate in the Preview program. Participants make everything from vegan baking mixes to matching dog-owner togs.

The six-week ImpactSKU Preview Program kicks off August 4 and includes programming on such topics as Vision +Purpose, Market Validation + Positioning, Social Impact, and Channel Strategy. Throughout the program, participants will have access to a roster of CPG experts. They also will develop pitches for the 2020 Showcase at Twin Cities Startup Week.

ImpactSKU was scheduled to launch its first cohort in June. But with COVID-19 creating an unprecedented situation, the decision was made to pivot to a virtual program to give the startups a glimpse of the accelerator’s full program. The full program will launch in 2021.

“We are thrilled with the companies participating in the ImpactSKU Preview,” said Connie Rutledge, CEO of FINNOVATION Lab and executive director of ImpactSKU. “They are some of the Twin Cities’ most innovative startups. We believe the programming and mentorship they will get out of the program will help accelerate their growth and provide invaluable support during these volatile times.”

ImpactSKU is the latest expansion for Austin-based SKU, the 9-year-old CPG accelerator with successful alums that include Siete Foods, EPIC Provisions, The Seaweed Bath Co., and Austin Eastciders. A 2016 Forbes magazine column identified SKU as one of the country’s top three accelerators. SKU expanded into New York in fall 2019 with BeyondSKU.

ImpactSKU is for purpose-driven ventures with business models that support environmental sustainability, fair labor practices, ethical supply chains, and healthy communities. By focusing on social impact, the program aims to support entrepreneurs who know that long-term growth is based on business practices that protect the planet’s resources and nurture wellbeing for everyone.

ImpactSKU is a partnership between Austin-based SKU — the nation’s first CPG accelerator and FINNOVATION Lab, supported by two of Minnesota’s great CPG companies: The Stable and 301INC, the venture arm of General Mills.

FINNOVATION Lab’s mission is to create a space for intentional and constant cross-pollination of social entrepreneurship concepts, ideas, and networks. Through original programming and partnerships, the organization empowers and provides system change leaders with venture service support and access to capital increasing and accelerating their impact.

2. Coconut Whisk
Founders Bella Lam and Myles Olson founded Coconut Whisk to help health-conscious families avoid recipe fails by providing easy-to-make baking mixes. The company’s products include mixes for pancakes, cookies, and muffins. With every online purchase, the company donates a vegan meal to a kid in need through our partnership with feedOM and Food For Life Global. 3. Dog Threads
Dog Threads launched in the summer of 2014 when Gina and Scott Davis were looking for a festive party shirt for their dog Thomas to wear to an annual 4th of July barbecue. They created a one-of-a-kind Hawaiian print button-down shirt for him and realized there was a big potential market. Dog Threads sells a wide range of shirts and sweaters for dogs, with matching styles for their human owners. Dog Threads donates a portion of every sale to various non-profit dog rescue programs. 4. Hippy Feet
In the months after Michael Mader suffered a traumatic brain injury, he developed the idea for a sock company that could help the homeless, recognizing that his fate could have been different if he didn’t have a support system around him. He partnered with Sam Harper to launch Hippy Feet, which sells a wide range of socks and t-shirts. Each product sold allows us to provide transitional employment to young people ages 16-24 who are experiencing homelessness.

5. Humble Nut Butter
Husband and wife duo John and Jess Waller wanted something savory to spread onto a cracker but found that all their options were sweet. This craving led them to their own kitchen to experiment until they found the perfect balance of flavors to meet their snacking needs. The result was Humble Nut Butter, which is available in Sundried Basic Cashew, Truffle Herb Walnut, and Spiced Maple Pecan. In addition to sourcing wholesome ingredients, Humble Nut Butter is committed to building an inclusive workforce.

6. K Mama Sauce
KC Kye grew up eating spicy Korean food and had a difficult time finding quality Korean food and sauces when he moved to Minnesota. He developed K-Mama Sauce — available in original, spicy, and gluten-free — to add an authentic, delicious kick to appetizers, salads, soups, and entrees of any style. K-Mama donates 30 percent of its profits to charity, including local and national organizations that provide affordable housing, promote access to higher education, and provide food for the hungry.

7. Let’s Dish
Darcy Olson started Let’s Dish in 2003 as a retail meal assembly concept, where people can come in to put together meals. What started as a small express freezer case of finished frozen meals in the front of their stores has become a huge growth opportunity to sell healthy frozen foods, including main dishes, side dishes, appetizers, and desserts. Their focus on health and wellness extends to giving back to the community and finding ways to combat hunger. 8. Mostly Made
Mostly Made was founded in 2015 by Jillian McGary, who struggled to find time to cook nutritious meals for her children while working a full-time job. With no background in food or manufacturing, she began the journey of turning her “cooking hacks” into a brand. Mostly Made sells a line of packaged, non-perishable gluten-free fillings that can be combined with fresh ingredients in minutes to create healthy meals. For every five products customers buy, Mostly Made donates a meal portion to Ronald McDonald Charities.

10. Twiggy Fresh
Growing up in Somalia, Umar Ahmed used a twig from the Salvadora persica tree to clean his teeth. After moving to the United States, he decided to combine his desire to protect the environment with his entrepreneurial spirit to create an eco-friendly alternative to the plastic toothbrush to reduce waste. He launched Twiggy Fresh in 2018, creating a 100 percent natural toothbrush made from bamboo and natural nylon bristles. 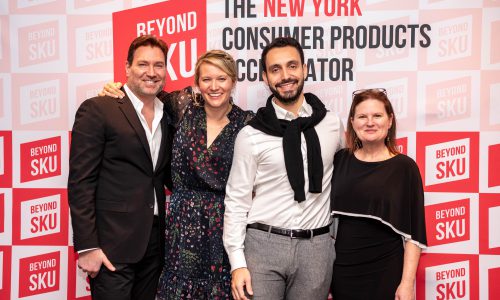 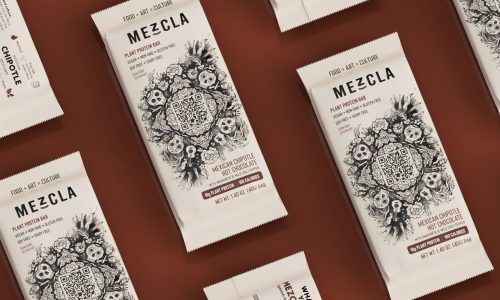 Brand Builder: How This Top Investor Selects The Brands She Works With