While the Midwest has long been considered the “brewing heartland” of America, New York is slowly encroaching on that territory — especially when it comes to craft beers. Between 2013 and 2018, the number of craft breweries in New York state rose 413 percent, putting New York third in the country for the total number of breweries. Even the overcrowded boroughs of New York City have seen a handful of new breweries, distilleries, and wineries open in recent years.

Nationwide, craft beer sales have also been on the rise: up 7 percent in 2018 to $25.78 billion. As of 2019, craft breweries account for 24.2 percent of the $114.2 billion beer market. Read on as we take a closer look at the teams behind these beer brands brewing up great beers in the Big Apple.

1. Five Borough’s Brewing Co.
One of New York City’s newest breweries, Five Borough’s Brewing Co. is the brainchild of former Wall Streeters Blake Tomnitz and Kevin O’Donnell. The two set out to create a “holistic beer concept for New York City, no matter what neighborhood or borough you’re from.” Just as New York City is a melting pot of tastes and preferences, so are the company’s core offerings: a pilsner, gose, IPA, and a hoppy lager. All of the varietals, as well as a number of special offerings, can be sampled at the Five Borough’s taproom in Sunset Park, Brooklyn, where, if you’re lucky, you’ll run into head brewer, Nick Griffin, a former lead brewer at the Bronx Brewery. This team of beer aficionados truly believes that beer is for everyone, and they aim to create great beer while focusing on quality, community, and authenticity.

2. Brooklyn Brewery
One of New York City’s biggest and most instantly recognizable breweries, Brooklyn Brewery has been around since 1988. The Williamsburg company turned Garret Oliver and Steve Hindy’s homebrewing hobby into a profitable business with a mission to sell great beer and enrich the communities it serves. It’s from these communities of immigrants, movers, artists, creative geniuses, and small business idols that the team has drawn a lot of inspiration from for their wide array of brews. Now employing close to 100 people, the team has grown tremendously but still remains quintessentially “Brooklyn” at its core: full of authors, athletes, home chefs, musicians, crossword enthusiasts, and scientists. Brooklyn Brewery’s offerings can be found in bars and retailers across the country.

3. Grimm Artisanal Ales
Founded in 2013 by husband-wife team Joe and Lauren Grimm, Grimm Artisanal Ales specializes in concise, elegant ales epitomizing the creative, experimental spirit of the American artisanal beer revolution. For years before moving to their permanent location in Williamsburg, Brooklyn, Grimm operated as a “nomadic brewery,” developing recipes in their apartment kitchen and traveling to nearby existing breweries to craft their beers. This spirit of innovation, creativity, and boundary-pushing is embodied in their team today and in their New York City taproom where you can sample all of their envelope-pushing flavors.

4. The Bronx Brewery
Not a borough short on character, the Bronx has proudly been home to some of the toughest, most resilient people in New York City. And it’s these tough, resilient, and dedicated people who make up the Bronx Brewery team. Bringing their own philosophies, backgrounds, and skills together to create the right mix of ideas, the Bronx Brewery team has been working since 2011 to create beers that native New Yorkers and transplants alike can enjoy. Chris Gallant and Damian Brown head up the company which boasts an impressive lineup of year-round IPAs, pale ales, lagers, and stouts. Craft beer enthusiasts can visit the South Bronx taproom, or find the brewery’s offerings on store shelves nationwide. 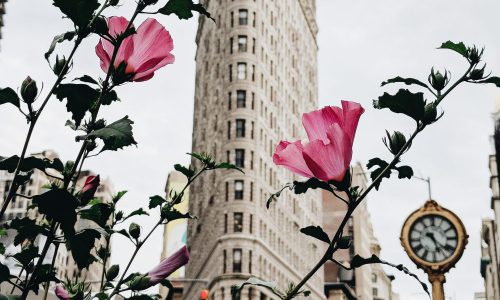