It’s one thing to celebrate Pride this month, but it’s another to also give back. These brands are doing both.

In a milestone year for the gay rights movement, especially in New York City,  2019 marks the 50th anniversary of the riots at The Stonewall Inn in downtown Manhattan and the beginnings of the LGBTQ+ liberation movement. As a result, June’s Pride celebrations are set to be bigger and more elaborate than ever before.

Every year since 1969, select companies have released limited edition products to celebrate Pride and show their support for equal rights. ForceBrands has rounded up some of the best 2019 Pride exclusives below — from ice cream to kombucha, these colorful offerings won’t last long so be sure to find them while you can. And bonus? Proceeds from these products go toward several great causes.

1. Brew Dr. Kombucha
The first kombucha company to become a certified B Corporation, Brew Dr. Kombucha is just as dedicated to righting social wrongs as they are to championing sustainability efforts. For Pride 2019, they’ve partnered with The Trevor Project to produce a special limited edition “Love Wins” kombucha blend. The Trevor Project is the leading national organization providing crisis intervention services and suicide prevention services for LGBTQ+ youth under the age of 25. The partnership will provide the funds to train three new TrevorChat crisis counselors who will serve 1,500+ youth per year. 2. Jeni’s Splendid Ice Creams
Jeni Britton Bauer, pioneer of the artisanal ice cream movement and founder of Jeni’s Splendid Ice Creams, has long been an advocate for the LGBTQ+ community. This year, for Pride 2019, Jeni’s Splendid Ice Creams has partnered with Nina West, the glamorous drag queen who won Miss Congeniality on Season 11 of RuPaul’s Drag Race, to create an original ice cream flavor (Nina West’s Dream Puff: salted vanilla custard, toasted pastry flakes, and strawberry sauce), an online curated collection of flavors, and a 2019 Pride t-shirt. One hundred percent of the proceeds from the sales will go straight to The Nina West Foundation which has raised millions of dollars to support LGBTQ+ causes. Speaking about the importance of the collection, Bauer says, “We recognize that the fight for equality continues on multiple fronts and we are a company that will stay in this fight until the very end. Working to advance equality for all is front and center to who we are as a community.” 3. Brooklyn Brewery
Committed to supporting a vibrant world that is inclusive and welcoming to all, Brooklyn Brewery recently unveiled their limited edition Stonewall Inn IPA. The bright and balanced blend made with Citra hops commemorates the 50th anniversary of the Stonewall Inn riots and will be offered exclusively during the month of June during Pride 2019. Brooklyn Brewery is also a sponsor of SIGBI, an organization that focuses on supporting and advancing LGBTQ+ communities both in the U.S. and worldwide, and is set to give a sizable amount of support to the organization throughout 2019. The Stonewall Inn IPA can be found in select bars across the country and in variety packs.

4. Milk Makeup
Milk Makeup is celebrating equality for all with a brand new limited edition Wear Your Pride set, which includes a Glitter Stick in Techno, the brands Delux KUSH Mascara and a mini Holograph Stick in Stardust. The cult makeup brand has partnered with The Center, a West Village community center for the LGBTQ+ community in New York City, for the third year in a row. One hundred percent of the proceeds from the Wear Your Pride set (up to $50,000) will be donated to The Center in order to help achieve its mission of empowering people to lead healthy, successful lives, celebrate diversity and advocate for justice and opportunity. For Milk, makeup is “all about inclusivity, individuality, and a holistic approach to feeling joyful and free,” which makes their annual Pride Month exclusive one of their most exciting exclusives each year. 5. PAX Labs
PAX has often been referred to as “the iPhone of vaporizers,” and for Pride 2019, they’ve partnered with Oregrown, a “farm-to-table” cannabis producer, to release a limited-edition strain and device. The cannabis strain, called Rainbow Craze, is a hybrid strain with a tropical fruit taste packed into a PAX pod, while the device has “Everybody is Free to Love” emblazoned on the side. A portion of the proceeds will be donated to three Oregon-based nonprofit LGBTQ+ groups: PFLAG of Central Oregon, OUT Central Oregon, and the Human Dignity Coalition. In a press statement, Oregrown said, “ [we] share the vision of our LGBTQ nonprofit beneficiaries and partners of a world where diversity is celebrated and all people are valued and respected regardless of their gender identity, sexual orientation, and gender expression.”

Interested in working at one of these innovative companies? Explore our job board. 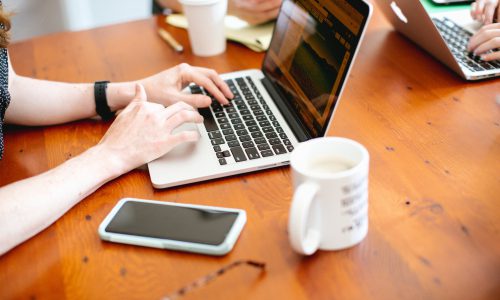 How to Find Your Career Purpose with Performance Strategist Laura Garnett 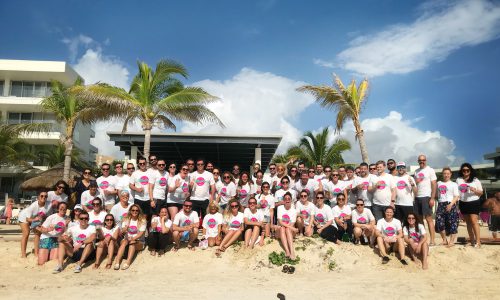 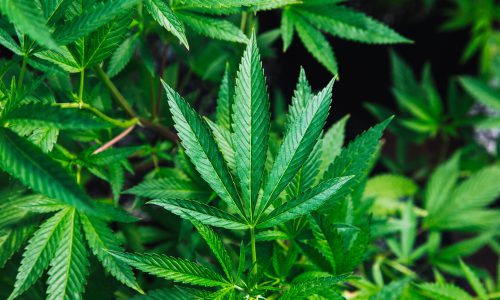