In 2016, the global energy drink market was valued at $43 billion. The rapid growth of this beverage sector is largely attributed to busier lifestyles that have forced consumers to rely on caffeine and other stimulants to get them through their hectic days. Nearly 40 percent of the female market and 60 percent of the male market reported being addicted to energy drinks.

However, as consumers become more health conscious, they’ve begun to shy away from traditional energy drinks. Consumers are more inclined to opt for clean energy drinks with more natural ingredients. As a result, healthy energy drink brands, like RUNA, have been on the rise.

Read on as we explore the teams behind RUNA and others that offer a refreshing take on clean energy. 1. RUNA
In college, Tyler Gage, the founder of RUNA, took a handful of courses about the religions and languages of the Amazon. The classes sparked his interest so much that he decided to move to the Ecuadorian rainforest for two years. It was there, through his relationships with local tribesmen, that he was introduced to the guayusa leaf. Found almost exclusively in the Amazonian rainforests in Equador, the guayusa leaf has more caffeine than a cup of coffee and provides an energy boost that comes without a crash. When it came time to return home, Gage wanted to bring guayusa back with him while ensuring that the plant could help support the communities it came from, which lead to the birth of RUNA.

Today, the Brooklyn-based energy drink company employs about 50 people. The team values passion and hard work, and they think deeply about the impact the choices they make for the company will have both for the brand and for the indigenous Kichawa people who farm the guayusa leaves. Recognized by Inc. Magazine as one of the fastest growing companies in the country, the RUNA team is not afraid to hustle to make their dream a reality. 2. Clean Cause
Shortly after high school, Wes Hurt slipped into a deep and painful addiction. Six stints in rehab, some jail time, and the loss of his first company (Hey Cupcake) later, Hurt experienced a moment where he realized his drug and alcohol addiction could actually take his life. But instead of continuing down that same path, he decided to get clean.

Soon after, he started his second company: Clean Cause. More than just an energy drink, Clean Cause is a brand with a purpose — 50 percent of the profits from the sparkling Yerba Mate drink go toward the “CLEAN Kickstarts” initiative which provides scholarships for individuals who are fresh out of rehab enabling them to live in sober houses for 30 days. It’s a mission that’s personal for Wes and his team. To date, they’ve provided 500 sober living scholarships. The Clean Cause group is not only striving toward innovation in the beverage industry, but also in the addiction recovery movement.

3. Cheribundi
In his former life, John Davey was a stockbroker with a passion for playing tennis. His regular matches often lead to bouts of muscle soreness that he struggled to recover from — at least not until someone suggested he try munching on tart cherries between games. Shocked by how well the superfood helped ease his aches and pains, Davey realized he had something revolutionary on his hands. He teamed up with Cornell food scientist Olga Padilla-Zakour, who helped him develop a unique process that retained the largest amount of anthocyanins (the antioxidants that attack inflammation in the body), and created Cheribundi.

Today, more than 250 professional and collegiate sports teams drink Cheribundi as a part of their daily training regimen. And the Cheribundi team spends more time than ever before celebrating wellness and honing their expertise as they expand their product range to include a number of different products, including a juice aimed at helping consumers sleep better and a brand new trail mix for those who prefer snacks. 4. EBOOST
In 2007, Josh Taekman owned a marketing company called BUZZTONE. His hectic lifestyle left him in need of a healthy, clean energy product that contained the essential vitamins and minerals needed for focus and hydration. Unable to find one that lived up to his standards and fit his needs, he decided to produce his own, EBOOST, alongside his friend John McDonald.

The brand offers everything from a powder (similar in structure to Airborne or Emergen-C) to protein powder to a recently-released carbonated beverage called SUPER FUEL. In 2017, EBOOST went through a rebrand, which included expanding the team beyond the founders to a small group of superstars. Focused on empowering others to be their best and to increase their overall well-being, the small but mighty EBOOST team is currently focused on expanding their product line into a batch of hemp-based products.

Interested in working at an innovative beverage company? Explore our BevForce division. 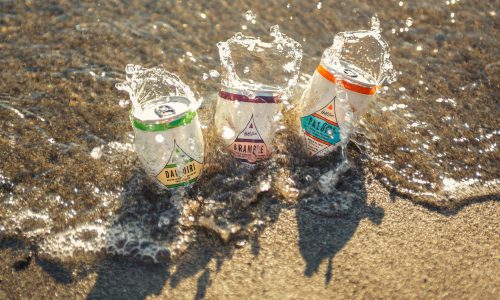 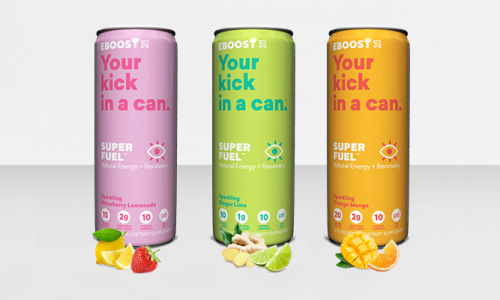 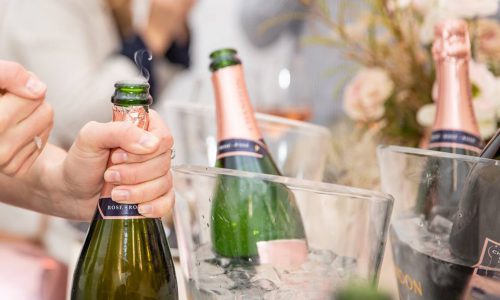 Meet the Teams Behind These 4 Sparkling Wine Companies