As part of our ongoing Female Forces series to celebrate Women’s History Month (March), we’re highlighting some of the leading women in beverage.

The beverage industry (including both alcoholic and non-alcoholic) is expected to be worth $9.1 trillion by 2021. For years, many of the older, more established players, like Coca-Cola and Heineken have been driving this growth, but recently a new crop of beverage startups have started to disrupt the market.

We’ve rounded up four beverage startups to watch, all of which are female-founded.

1. Fishers Island Lemonade
Growing up, Bryona Shillo’s family owned the only bar on Fisher’s Island, N.Y., the Pequot Inn. At 18, she began her career as a bartender and often spent many Friday afternoons mixing big batches of the bar’s signature cocktail, Fishers Island Lemonade, which would sell out by the end of the weekend. Pre-mixed, canned cocktails like this one, which combines vodka, whiskey, with natural juices and flavors, are becoming a major trend in the beverage industry, but Fishers Island Lemonade (FIL) stands out in an increasingly crowded field. Using premium spirits as well as natural lemon and honey flavors, FIL has a 9 percent ABV and is the perfect thing to drink on a hot summer afternoon (or a cold winter’s evening spent dreaming about hot summer afternoons). Fishers Island Lemonade also donates a portion of their sales to local organizations and has partnered with 1% For The Planet to help support environmental causes.

2. California Dreamin’
In 2017, Amy Ludlum, founder of California Dreamin’, left her career on Wall Street to begin making THC-infused beverages in her kitchen with partner Peter Bishop. Today, the brand has accrued $2.3 million in funding, and their sodas are sold across California. Developed for a camping trip with friends, California Dreamin’ provides the same buzz as alcohol but without the negative side effects like a hangover. The four flavors — Cranberry Apple, Pomegranate, Tangerine, and Grapefruit — are all made with simple fruit juices and contain 10 mg of THC, providing a healthier alternative to other sodas on the market and leaving consumers with a “light social high.” The company plans to expand both the product range and the distribution reach.

3. Health-Ade Kombucha
In 2012, Daina Trout began selling Health-Ade Kombucha at a local farmer’s market alongside her husband, Justin, and best friend, Vanessa Dew. Today, Health-Ade Kombucha can be found in grocery stores and health food chains nationwide. Committed to making the best and healthiest kombucha on the market, Trout only uses organic produce for her cold-pressed juices, brewing it in small batches and in glass jars (preventing metal and plastic leaching). The company is also socially and environmentally conscious. They aim to be zero waste by 2020 and compost all unused organic material in an effort to decrease their environmental footprint. They also partner with the Garden School Foundation to increase access to real food for those who need it most.

4. WTRMLN WTR
Hours after Jody Levy launched WTRMLN WTR, Beyonce’s song “Drunk in Love” dropped. The chart-topper contains a line in which Beyonce sings “I’ve been drinking watermelon,” and Levy, the great entrepreneur that she is, knew that this was a moment she had to capitalize on. Levy began sending boxes of her cold-pressed juice, made from bruised, misshapen and otherwise undesirable watermelons, to the singer and eventually landed an investment from her. Today, WTRMLN WTR is thriving. The juice sold in major grocery store chains around the country and is meeting many of its initial goals like supporting American growers and small, family-owned businesses. These meaningful relationships have allowed WTRMLN WTR to become one of the most exciting new beverages on the market — perfect for drinking alone or mixing with your favorite spirits for a light and fruity cocktail.

Interested in being a leader at an innovative beverage brand? Explore our BevForce division. 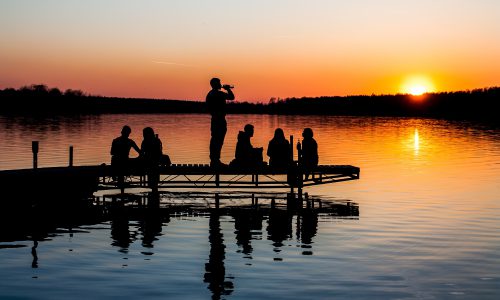 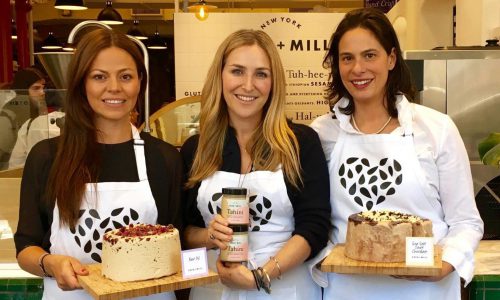