We caught up with ZÜPA NOMA’s newly promoted president to chat about her career, her passion for food, and more. Read on to discover what it’s like to be a leader of an emerging new food category.

ForceBrands: Tell us a bit about your background and how you got started in the industry.
Jen Berliner: My family would attest to the fact that I’ve always had a passion for food. And beyond that, I became very interested during college in the idea of behavioral change and how you can get people to change their behavior for the better. After college, I worked in Washington, D.C., at an advertising agency that focused very heavily on political and progressive policy issues like climate change, health care reform, and so forth. I was in direct contact with consumers, engaging with them in focus groups and I got more interested in learning the day-to-day choices that people care about, which brought me back to my passion for food and healthy eating. I decided to pursue business school where I received my MBA. After I graduated, I was hired at PepsiCo, where I worked on brand management and developing and commercializing innovation. I tried to gather a range of skill sets. It was amazing training as they rotate roles often so I was able to wear a lot of hats. In 2016, I made the move to the west coast where I was eager to help build a brand that was smaller and faster. FB: During your time at PepsiCo, you progressed quickly through roles on teams managing SoBe, Manzanita Sol, Mug Root Beer, and more. Besides having a passion for the industry, what does it take to succeed? Did you have any mentors who helped you along the way?
JB: I was fortunate to have some incredible managers. In the big-brand CPG world, I can speak to the fact that there’s a high value placed on people leadership. PepsiCo invested in talent like myself and developed my leadership skills early so that when I became a manager, I was given proper training and access to all the right tools and best practices. Despite being a massive organization, the teams there are much smaller than you would think! Another key to success is always having an attitude of being willing to take on more. If there was something I was interested in or being involved with, I would ask about it. People were receptive to helping me take on more responsibility.

FB: You were recently promoted this year to President of ZÜPA NOMA – congrats! What’s it like to lead such a high growth brand? Mind describing some of the challenges and rewards?
JB: It’s incredibly exciting and there’s lots of opportunity. A lot of the responsibilities I have now are things that I was already doing in previous roles. It’s a ton of fun. It’s such a dynamic time in the industry – traditional brands are fragmenting and recombining, and food is changing constantly on both the macro and micro level. As for challenges, there isn’t a roadmap for what we’re doing. It’s one of the things I love the most about ZÜPA NOMA: the challenge of building both a brand and a category, which involves educating people. Things move so quickly in the industry, but it takes patience to build a new category and change how people think about consuming soups. We’re very much learning as we go. There isn’t a template or playbook, but I’ve been able to bring my training from PepsiCo to my role here. 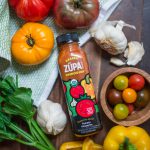 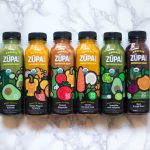 FB: Let’s chat about the gender gap in the industry – besides leading by example, are there any initiatives you’ve taken to help narrow the gap?
JB: There are so many great mentors and leaders in the space. I’ve never felt that the fact that I’m a woman hinders my ability in any way to operate a team and grow a brand. And we actually happen to be an entirely female team running the business day-to-day!

In terms of helping to narrow the gender gap, I try to make myself very available to other women in the industry who reach out to me – especially women who are considering making the transition from a more corporate role into a startup one. Leading by example and sharing what’s worked for me as a woman is important.

FB: You’ve had a lot of experience team building. What are some things you look for in candidates?
JB: Curiosity and intellectual engagement about the industry, the product, and the consumers. We are very much learning day-to-day, so it’s important to be open to talking about everything from the super nitty gritty like direct messages on Instagram to the broader trends in our e-commerce data. We’re a young female team, which matches well with our target demographic, so it’s important that we’re looking at our own behavior as consumers and how we engage with other brands with similar models.

FB: Looking ahead, what do you foresee as the future of food? What are you most excited about?
JB: I think a lot about the innovation of convenience food – about the grab-and-go foods we see at stores. We’re moving into a time where people don’t want to compromise with any kind of food they’re eating, even if it’s on the go. Convenient foods are getting healthier. I’m continually interested in thinking about my own behavior, too, and where I’m getting my food. We’ve been able to build a rapidly growing e-commerce arm at ZÜPA NOMA and that’s very exciting.

FB: What advice would you give to someone looking to join the industry?:
JB: Figure out what you’re most passionate and excited about. In the food industry, it has to be something you want to read about in your spare time. And think about what matters most to you in a role – what are your non negotiables?

When I was leaving PepsiCo, my next role wasn’t just about building an amazing brand and having the right company. I was very focused on a product that I felt was making the world better. That was a very strong lens I brought to my job search. Think about your values and what’s going to make you feel great about the role or the company you have for the long term. 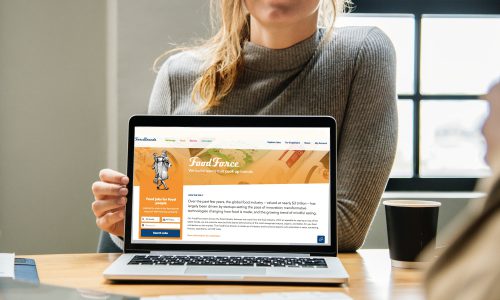 4 FoodForce Facts for Those with an Appetite for Success 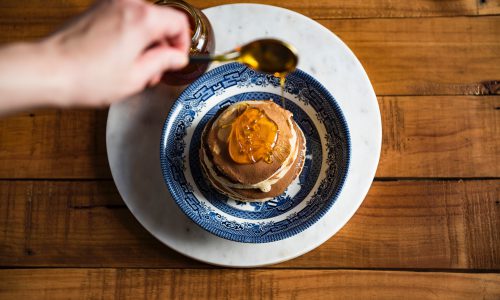 Start It Sunday: The Story Behind Kodiak Cakes’ Success 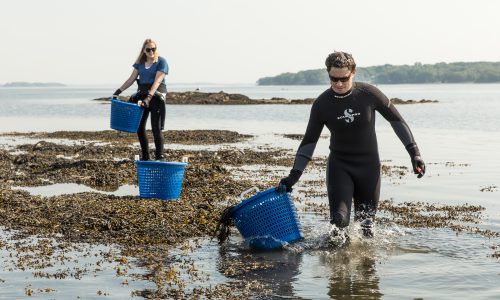 How the Founders of The Seaweed Bath Co. Are Riding the Waves of Success